For Alek, who watched the puppy so I could write. And Bree, who wins at fixing books. This wouldn't be easy, but it was necessary to leave our loved ones under siege to fetch help for Salvation. The decision hurt my heart too; my foster mother's face would haunt me, so wounded and brave, older than I'd known a woman could become yet remain strong and vital.

She glimmered like a promise of hope that my flame needn't flicker and burn out before I had a chance to live.

Once I'd thought old meant twenty-five, but my time in Salvation had changed my perceptions. Now it was strange to imagine I might not be entering the middle of my life. Into the dark I quickened my steps, eyes sharp for Freaks prowling beyond normal perimeters. Behind us, I heard them shrieking challenges to the men guarding the walls.

Rifles cracked out when they rushed, but I couldn't turn, no matter how much I wished otherwise. My course was fixed by the shadowy line traced on the priceless map secured in the leather folio in my pack.

Before we'd left, I had studied it with complete focus, memorizing each twist and turn of the route, each handwritten note left by Longshot about good game-hunting or fresh water.

It was two days to Soldier's Pond, two more back, once we mustered the necessary reinforcements. That dot on the parchment represented the best hope of saving the people who had taught me so much about life, that it could be more than just hunting and killing. Momma Oaks. I couldn't let myself think of them or I'd falter. Instead I pressed on, silent and wary, listening to the Freaks behind us. With a glance over my shoulder, I reassured myself that Fade was still at my back.

Tegan and Stalker walked on either flank, she with her lopsided gait and unshakable loyalty, he with his curved knives in his hands and his eyes fixed on the horizon, though he couldn't see what lay ahead as well as I could.

That came with being the night girl. Reflexively I adjusted my pack, reassured by the weight of the book that had traveled with us all the way from the ruins.

Maybe I didn't need it, but it had become my talisman, every bit as much as the tattered playing card sewn into a hidden pocket inside my shirt. Edmund had explained that my token from down below was part of a fifty-two-piece set, and it was a low card.

That seemed fitting, as it served to keep me humble. The enemy's behind us.

The grass crisped under our feet, liberally sprinkled with early fallen fronds. It wasn't yet turning time, when all the leaves changed colors and dropped from the branches, but there were always a few to crackle as we went. We ran all through the night with periodic breaks for rest and water while I checked the maps by the moonlight shining overhead. By the time the sun crept over the horizon in delicate whorls of rose and amber, I was exhausted-and disgusted with my own weakness. Down below Fade and I had run a much more dangerous route in faster time, but we had to account for Tegan's slower strides too.

Though the girl was all heart, her leg couldn't carry her indefinitely at the same pace that the rest of us set, and she was limping now, brackets of pain beside her mouth.

I didn't make the mistake of noting it out loud, however. As I laid out my blankets, Fade asked, "No fire? We won't need it. This reminded me an awful lot of when we'd wandered the wilderness with only stories handed down by Fade's sire. At least this time we have maps, a route to follow. I wouldn't call it a road, exactly, but I spotted faint lines where Longshot's wagon-along with others, I was sure-had passed back and forth often enough to reassure me I was still navigating the proper course.

As I handed around the meat, bread, and cheese Momma Oaks had packed, Stalker returned. I ate in economical bites, sufficient to keep me going, but not make it difficult to rest on an over-full stomach. The others did the same, experienced with balancing the need to stay strong against the wisdom of conserving our resources.

After tonight, the meat would be gone, but the bread and cheese should stretch all the way to the end of our journey. Soberly, Stalker nodded. Out here, he was more his old self, quiet and alert, less of the bleak despair. The minute he said it, I remembered-and recognized the truth.

The Freaks didn't need to see us emerge; the minute we stepped into the wind, we entered their territory. Like any predator, they noticed such incursions and would take steps to eliminate the threat. If we were lucky, it was only a small hunting party, not a significant portion of the horde. Though maybe that would help Salvation if a large number gave chase-we could lead them away from the town toward Soldier's Pond. The settlers there wouldn't thank us for it, but they might believe the threat was real faster. Too soon. Deep down, I wanted him to appreciate what I'd done, what I'd risked for him, because there weren't any limits on how far I'd go for my boy. But his black eyes flashed; he knew even if I didn't speak the words out loud.

With a sinking heart, I watched him turn away to lay his bedroll with exaggerated care. Stalker replied for me with unexpected tact. Deuce rubbed herself with their parts-blood and worse stuff-until she reeked. They didn't notice her, though most of them were sleeping. That was our first sight of the horde, sufficient to slay everyone in Salvation, and then sweep onward to pillage any surviving settlements.

The memory swept over me, Freaks awful and staggering in their numbers, and armed with fire they'd stolen from our outpost. I battened down my alarm, knowing I wouldn't do the townsfolk any good if I panicked. Anyone who got near one chose to dispatch it instead, for obvious reasons.

While I wished Tegan luck in her quest for knowledge, I preferred killing them. I wouldn't count on them having impaired vision.

The kiss he'd given me the night before felt like a weight, one I needed to displace before I could be worthy of Fade, who would hate it even more when I told him that I'd kissed Stalker freely in order to get him to promise to run back to Salvation to warn them if Fade and I didn't make it back.

At this point, however, we had more important things to worry about, so I set those matters aside, as Stalker said, "I'll take first watch. The others claimed third and fourth respectively, which would grant us all a decent amount of sleep. Fade handed his timepiece to Stalker to make it easier to tell when the two hours were up; once Fade and Tegan would've argued at Stalker guarding the encampment alone, but both of them merely rolled up in their blankets as the sun rose higher. 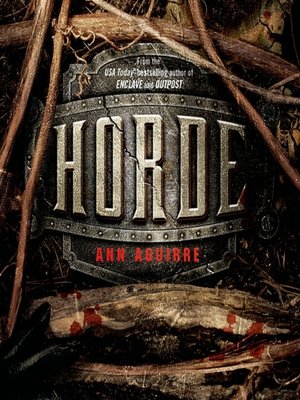 I was tired, so I dropped off immediately, and I dreamed of Salvation burning while Momma Oaks wept, and Silk, the lead Huntress down below, shouted at me that I was a Breeder, not a Huntress. Jolting awake, I rolled out of my blankets onto the sun-warmed grass and lay squinting up at the blue sky threaded with white wisps.

Clouds, they were called. Supposedly, this was where rain came from. 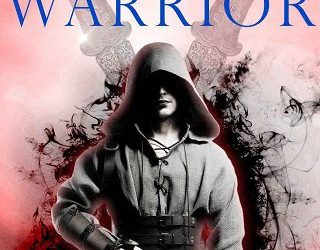 Not realizing anyone else was awake, I wondered aloud, "Of all the people in the enclave, why couldn't I keep Thimble in my head? Or Stone? Thimble used to make us things even before she was officially a Builder, while Stone protected us both. I wished I could dream about them instead of Silk, who had put fear into everyone under her command. He followed me everywhere. But he didn't have the heart to take power. He died young.

Quietly, I said as much, and Stalker nodded. At eight winters, we earned our names. You should get some rest. It was all quiet. I pushed into a cross-legged position and served as sentry while the others slept. As I had done down below, I entertained myself with studying Fade, but the activity had more meaning now that I'd stroked his hair and kissed his mouth.

The ache those memories roused in me were fierce as a rainstorm, thunder booming in my heart. With sheer discipline I looked away from the curled crescents of his lashes and the quiet curve of his lips. Those hours passed with only the quiet chatter of birds and the scramble of small creatures in the undergrowth. We had chosen a shaded spot, beneath a stand of trees, where the grass was soft and the light filtered through the foliage overhead to dappled green.

I was sleepy again by the time I woke Fade, but I was still alert enough not to do it by shaking him. Instead, I knelt beside him and whispered, "Your watch. Stalker's right, though. Majority current market paperback, basic cheap handbook Audiobook selling price quotations, adobe converter, app, modern info series, cosmopolitan repository, general public look and data file solutions.

Ann Aguirre's thrilling young adult novel is the story of two young. Volume 1 of The Razorland Trilogy: Ann Aguirre:. All about Enclave by Ann Aguirre.. Enclave had been on my reading list for years and I finally decided to read it because I had. Razorland 1 Canonical title:. Razorland - Ann Aguirre. Call of the Forgotten, 1 eBook pdf Free. 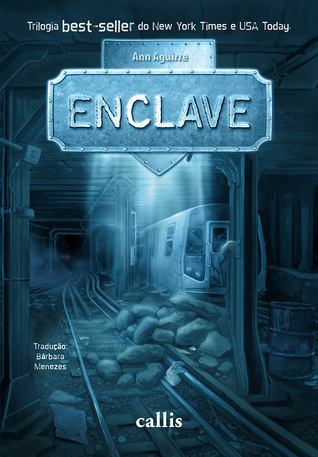 Last year, I reviewed the first book, Enclave, in this blog. Ann Aguirre: Razorland 1 Canonical title:Pure, Part 07 of This is a tense, action-packed dystopia with intriguingly gray characters.

Razorland 1 Canonical title: The only bright spot to returning is the fascinating red head who sleeps over several times a week. Greetings, my fellow Bibliophile! Outpost Legend.