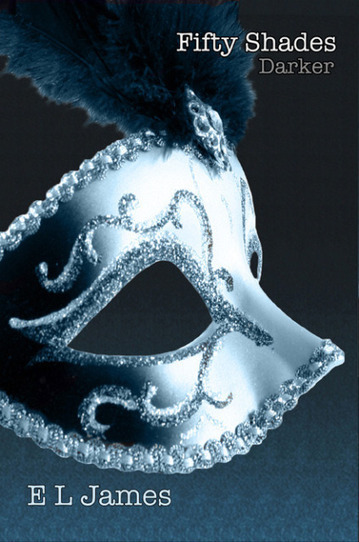 This would have been so much better if it had been merely sold as a coming-of-age without the fandom aspect, but as a book that tries to sell fandom on me, it doesn't remotely work.

I feel like this book represents online fandom in the way that The Big Bang Theory represents math geeks and engineers. The summary brought in the tantalizing question "Will Cath be able to leave Simon Snow behind? By that point in the book, we had almost forgotten completely about Simon Snow and Cath's involvement within the fandom! The story was enjoyable, and I absolutely loved the dynamics of the relationships between the characters, but that's it.

I felt like it wasn't an adequate representation of being a fangirl. Of course, if I'm going to complain about the representation of fangirls in the book, I should show some street cred. You name it, I've probably squee'd over it. Harry Potter. Computer games. Tabletop games. 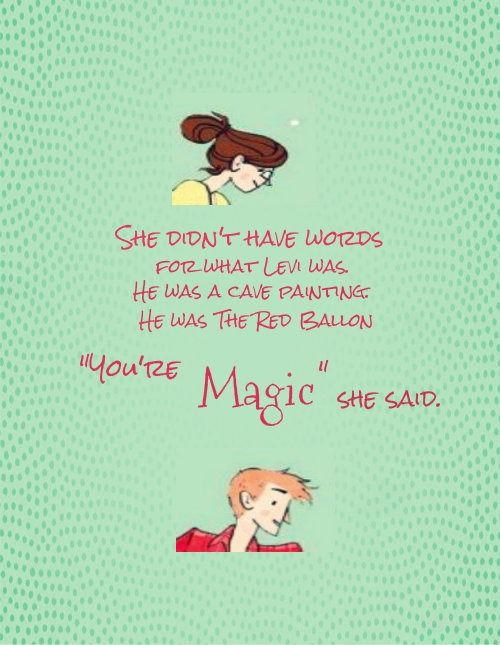 From computer games like World of Warcraft, which took over 6 hours of my day while enrolled in a full college courseload you don't know the meaning of fun until you've teamed up with 39 other people to take down a virtual monster while drunk , to rolling dice while pretending that I was a 8-year old crazy vampire child wielding a doll I AIN'T EVEN SORRY. Anime conventions. Gaming conventions. I've done them all. I know what it's like to be a fangirl.

I am proud of it. Even of moments like these.

Needless to say, we had plenty of weabos and otakus and strange people in general. There were a whole lot of socially awkward people there, including me. We were dorks, yeah, we weren't entirely comfortable in company outside our immediate circle, but we knew how to adapt it's called looking around and doing what everyone else is doing, not exactly fucking rocket science.

This book does a disservice to fangirls in general by making Cath so incredibly, painfully socially incompetent. I would have liked this book better if it had remained a contemporary, instead, this book chooses to perpetuate the worst of beliefs about fangirlswhich is to say, they're all fucking idiots who wouldn't know the word "normal" if it were summoned from a Patronus god help you, my child, if you don't get that reference.

Cath is drawn to be the person who wouldn't last 5 seconds alone in the wilderness, let alone a college campus. She is terrified of social interactions. She stocks up on food so she wouldn't have to face the terrifying, the monstrous, the ever-so-menacing Cath broke open a box of protein bars.

She had four more boxes and three giant jars of peanut butter shoved under her bed. If she paced herself, she might not have to face the dining hall until October.

Her life revolves around her twin Wren and the Simon Snow series. Cath is not an appealing character. Her hyper-clumsiness aside, she just has no fucking common sense. In an upper-level Fiction Writing class, she tries to pass off fanfiction as her own work. She then tries to submit it for a grade.

I wrote something about Simon and Baz She thought it was plagiarism. Fucking brilliant. Cath is sort of a Mary Sue. She goes off on a writing partner for writing a Mary Sue in his story, but if you think about it, Cath sort of is one herself. She's so brilliant that she gets into an upper-div writing class with a famous professor, and we never really see what kind of talent she has besides writing fanfiction.

She is so good that an upperclassman wants to be her partner for it. Cath does nothing exemplary, and she's incredibly fucking weird, and regardless, a cute, a funny, a really awesome guy just wants her. 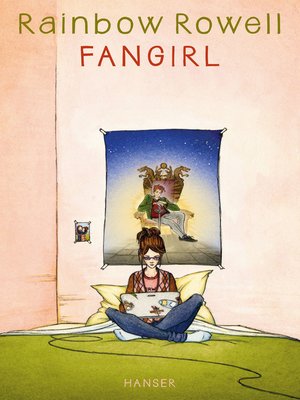 She doesn't think of herself as beautiful, but identical sister is referred to as "hot. What Fandom?! From what we hear, Cath spent all her time writing Simon Snow fanfiction and going to premieres and chatting with her twin about Simon Snow No more of that. Because that's pretty much where life interferes. Except for a few brief moments of Cath reading and telling people about her fanfiction writing and about her love of fanfictionwe almost never hear about the "fangirl" aspect of the book again. 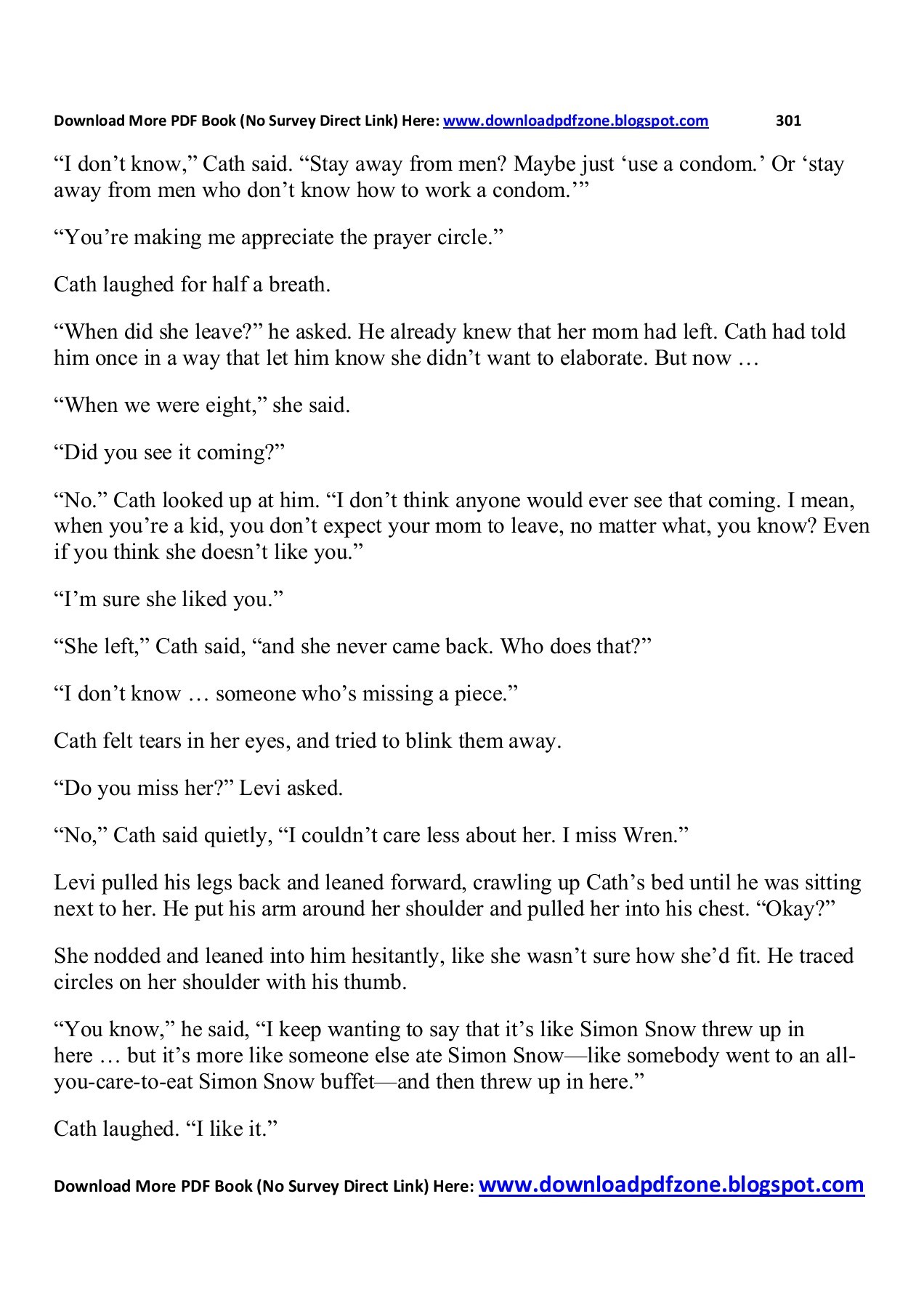 I am waaay past my teens. My age never hindered me to enjoy reading across age specific genres though. I like reading YA, and "Fangirl" is a lovely addition to the genre.

The book is simple, honest, and has none of the "special snowflake" characters I want to strangle, nor any eye-roll inducing "insta-love". The best part of the book is Cath herself. Cath reminded me of my 18 year old self.

College was a really big change, and I hated change to begin with just like she did. This book just transported me to the past. It made me empathize to such a long ago phase in my life, it made me see the world through the eyes of a teenager again. My problem with YA most of the time, is that I find the actions of the characters so unreasonable.

I forget that they are adolescents, and I'm just too old. Rowell's genius comes from the fact that she can make you relate to her characters no matter how old or jaded you are. This is my second book from this author, and both books evoke you to "live" in the story.

It's quite nice this time around though, since this one ended up on a more hopeful note.

So if you want to know what the book's about, just read the "Goodreads" description.In the end, the only thing left that gave him hope was the Greatest Mage. Both Hogwarts and Watford are magical schools that have been in existence for centuries and both are located in the United Kingdom. Leslie, she wrote at the beginning of every new chapter. Where are all the forum discussions?

But this is why Rowell is so talented--from the same basic ingredients she can create something new and special. Cath is on her own, completely outside of her comfort zone. And does she even want to move on if it means leaving Simon Snow behind?

Sophie Kinsella. Well I'm not going to argue with that, but this is a narrative of a teenage girl's life.