Joe Hill is a good storyteller who is able to jump from one period to another forward or backward and at times cattycorner. We thus discover little by little the important elements of the story and when some recur they have been enriched by some flashback or flash forward.

This gives a texture to the story that is like real life because in real life nothing is really experienced along a simple timeline but we constantly bring back what we remember and we also mix some dreams or projects into what is plain immediate reality.

This entirely crisscrossed story line is vivid and fascinating. We get lost in the consciousness of a super-character who is telling the story the way it comes, the way he remembers it, the ways he imagines it, the way he dreams and wishes it. But Joe Hill has another quality.

He is, in fact, the main character, very human, very standard in his Christian faith, but he becomes the devil because in a way it is written in his own fate. So after the drama, after his loss of Merrin, after one full year of hell on earth, the devil that is in any one of us comes out and he starts growing horns.

The point is that they are not fantasized at all. They are real. Along with them, he gets special powers, which are not that special. He becomes the man to whom everyone tells whatever they have never told to anyone else, no matter how gross. He can also influence the decisions of people he is confronted to and erase their memory.

In fact, he is what some would call a medium, a seer, and is sole presence leads people to do or say things out of compulsive trust and they will forget about it as soon as Ig will move away. The truth some people suddenly embrace in front of his horns is always the result of some kind of trauma and we all know PTSS or PTSD can lead people to extreme actions and extreme declarations, though here Joe Hill avoids Tourette syndrome and the repetition of piled up four-letter words into fiery compositions.

Cancer and fire bring them both together finally. Two, Lee and his sidekick Eric, will die killed by each other while both are trying to kill Ig, so they actually kill each other by accident because their real target Ig is too mobile, too resilient and though he is just in front of the door that cast no shadow, the gate to beyond there, he manages to destroy these two arch- sociopaths.

Is mourning a good motivation for a sentimental relationship? Personally, I do not know. But human nature is so resilient that I believe anything is possible, at least for a while. The last remark is about the religious context of this novel. And we all know, thanks to the TV series Supernatural that Lucifer is an angel of light that has been cast down, where Satan is his antagon, a cast-down angel of darkness.

But the best part is the sermon from the Foundry fireplace to the serpents. It is beautiful and it reflects that Ig — who is the hero in this book — reveals an evolution in the USA about religion, I mean the dogmatic Christian religion that is fundamentalistic at times, and Lee Tourneau is such a Christian fundamentalist depicted as a twisted tortured and vicious pervert. 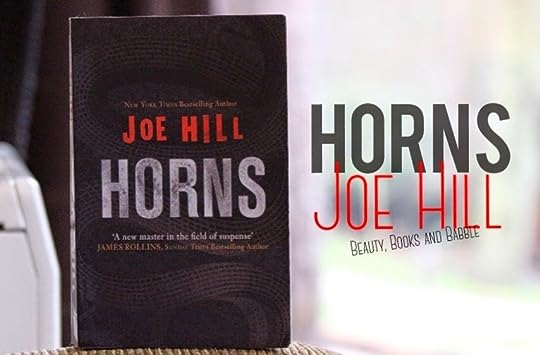 The Gospel According to Mick and Keith[ edit ] Ig is fully healed by the flames, but his clothes have burned off. Naked, he finds an old skirt and black overcoat to wear in the woods. 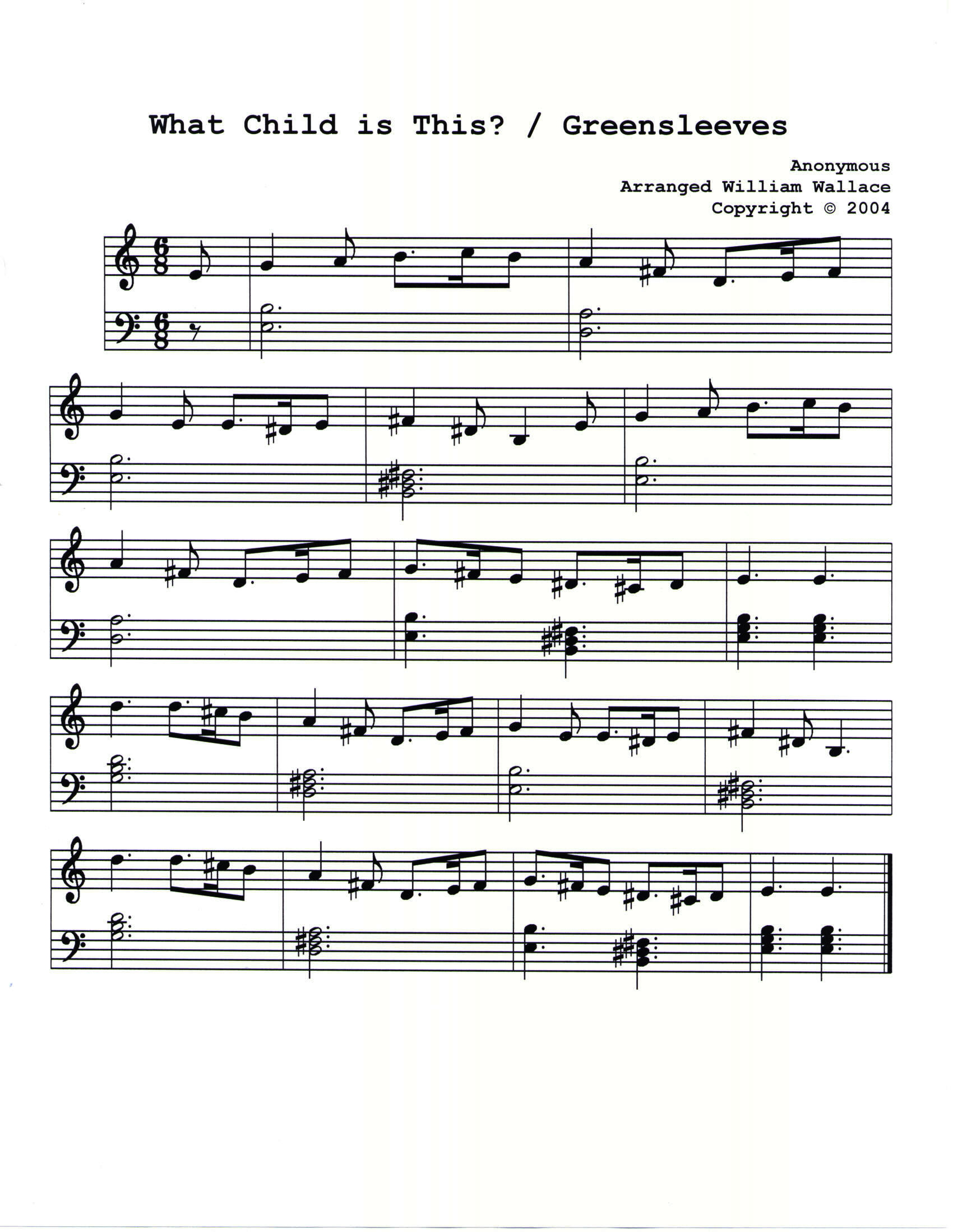 He scoops up Merrin's cross and sees Dale Williams, Merrin's father, among a small crowd that has formed near the burnt car. Dale, against his will, gives Ig a ride to the Williams house, and the two discuss their conflicts and the death of Regan Williams, Merrin's older sister, from breast cancer, long before Ig and Merrin ever met.

Ig has a strange impulse to go the Williams' attic, seemingly having visions of the Treehouse of the Mind and its similar trap door. In the attic, Ig finds a group of papers written in Morse code and a mammogram that reveals that Merrin too had breast cancer. Ig deciphers the Morse code to read a note written to him by Merrin, who describes her feelings about knowing she will die from breast cancer; she encourages him to find another romantic partner, though she loves him; she says she believes in the gospel of Mick Jagger and Keith Richards , quoting from The Rolling Stones song " You Can't Always Get What You Want.

So she decided to break up with him and die on her own, to save him pain.

Ig reunites with Glenna, whom he convinces to lead a more fulfilling life, and when she accidentally leaves her cell phone, Ig uses it to call Lee and, mimicking Glenna's voice, persuades him to drive to the foundry, where Ig hopes to ambush and kill him. Terry unexpectedly arrives at the foundry, confessing that he has quit his TV job, though Ig begs that he flee. Lee's car arrives, and both Lee and Eric exit the vehicle, armed with guns and aware of Ig's trap, having talked to the real Glenna.

Ig and Eric struggle for a time before Lee shoots and kills Eric, hoping that it will look as though Ig and Eric killed each other, without Lee's involvement.

Lee then gorily beats Ig with the empty shotgun until Terry reappears, blasting his trumpet into Lee's ear. With this distraction, Ig finally slams his horns into Lee's body. He then telepathically convinces a snake to slide down Lee's throat, finishing him off.

As Terry goes to use Glenna's phone to call emergency services, he is bitten by a venomous snake that Ig had placed there to attack Lee. Desperately, the gruesomely injured Ig crawls over to a gasoline canister, hoping that he can light himself on fire quick enough to restore his diabolic flesh and get Terry to a hospital.

As he prepares to self-immolate , Ig begins to remember in hazy flashback his activities of the night he was drunk the morning before he awoke to discover the horns: in his inebriated state, he miraculously came across the elusive Treehouse of the Mind and while knocking on the trap door, discovered that he was the one the younger versions of himself and Merrin had heard knocking on the door all along.

The night before he grew horns, he climbed into it and set it on fire. Back in the present time, Ig is restored to health by the flames and tells Terry that he needs to lie about what has happened here; Eric and Lee are both dead, and Terry needs to believe that Ig died too.

Ig then goes to the cherry tree that once held the Treehouse of the Mind to find that a line of fire has reached it from the foundry. The treehouse itself has reappeared beyond the flames and Ig climbs up into the burning tree, enters the treehouse, and finds a wedding party within and Merrin awaiting him. Sometime later, Terry is recuperating from his snakebite, believing thanks to the influence of Ig's horns that Eric and Lee killed Ig by burning him in his car, and that the two then tortured Terry with a venomous snake, before they killed one another. 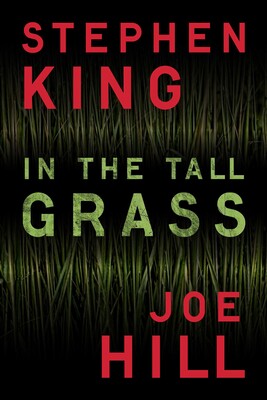 Although the detective doubts that this story is true, Terry is the only living witness. Terry goes to the woods to have some peace of mind and is joined by Glenna. When she leaves to begin packing for her move to New York City, Terry believes he can hear the faint sound of a trumpet, and decides it is time for him to leave too.

The inner front and back cover of the book has a repeating message written in morse code. It reads, "Pleased to meet you; hope you guess my name," which are lyrics from the Rolling Stones song, " Sympathy for the Devil.

This concept was reworked for a novel Hill wrote entitled The Surrealist's Glass, wherein the protagonist acquired a magical lens which allowed him to see people's secrets. Once the righteous Ig had enjoyed the life of the bed: born into privilege, the second son of a renowned musician and younger brother of a rising late-night TV star, he had security, wealth, and a place in his community.

Ig had it all, and? But Merrin's death damned all that. The only suspect in the crime, Ig was never charged or tried.

And he was never cleared. In the court of public opinion in Gideon, New Hampshire, Ig is and always will be guilty because his rich and connected parents pulled strings to make the investigation go away. Nothing Ig can do, nothing he can say, matters.He had spent the last year in a lonely, private purgatory, following the death of his beloved, Merrin Williams, who was raped and murdered under inexplicable circumstances.

He then telepathically convinces a snake to slide down Lee's throat, finishing him off. Being good and praying for the best got him nowhere.

Report this video Select an issue. Lee is a superbly drawn character and his portrayal by Joe Hill is subtle, complex and brilliant. It's time for a little revenge. When the necklace breaks and, unnoticed by her, falls down, Ig collects it and decides to impress her by fixing it.

In the court of public opinion in Gideon, New Hampshire, Ig is and always will be guilty because his rich and connected parents pulled strings to make the investigation go away.